Helen’s background is in international development and education, having started her career at a primary education NGO. She holds a master’s degree in International Journalism and a bachelor’s degree in English, History and Middle Eastern Studies. She has written for publications including the Daily Mirror, Cosmopolitan and Refinery29. Contact her on [email protected]

Representatives from 13 UK universities visited Jakarta at the end of November to meet with Indonesian academic institutions and discuss future collaborations and transnational education partnerships.

Smith also met Indonesia’s economics minister to discuss the set up of branch campuses in four of the country’s Special Economics Zones – regions which offer tax breaks, among other incentives, to attract foreign investment.

During the trip, the University of Dundee signed an agreement with the Indonesia International Institute for Life Sciences to begin delivering dual degrees, through which students will spend two years at each institution. 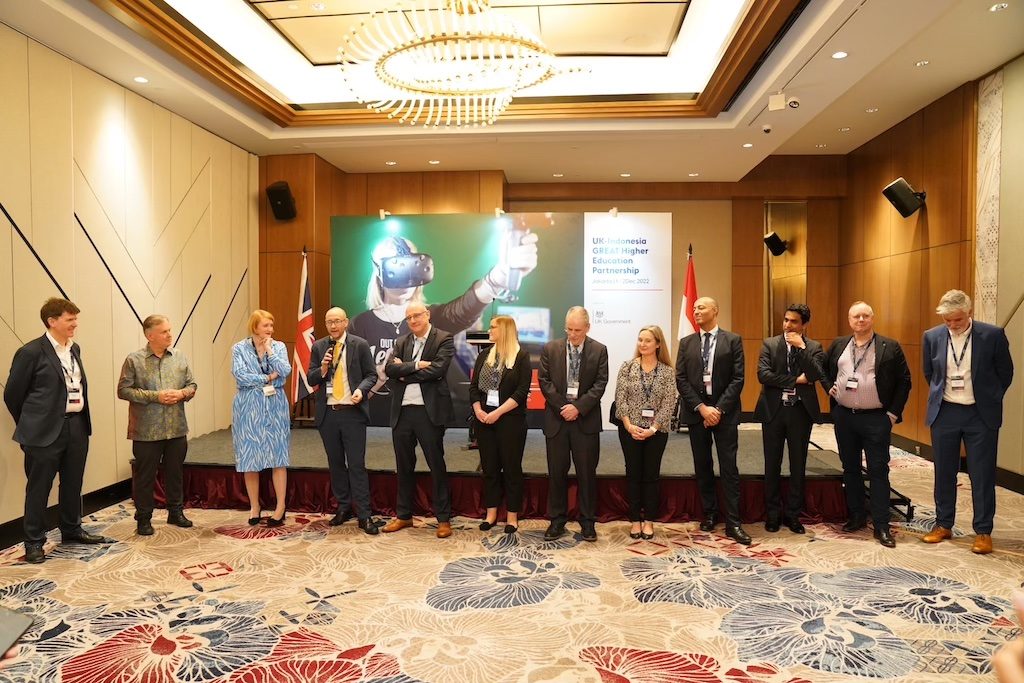 It has not been revealed which other universities will establish programs in Indonesia following the trip, but a “key investor” will visit the UK in January to meet with a potential partner university. There are also plans for a higher education forum and cooperation between the two countries on teacher training, technical education and English language teaching.

The UK government named Indonesia as a “priority” country in its international education strategy, describing it as one of five regions where there is “significant potential for growth” and where Smith can “open up opportunities and address barriers to that potential”.

In recent years, the Indonesian government has outlined plans to establish TNE courses in the country, including setting out guidelines for the creation of international branch campuses.

The UK currently has 16 TNE partnerships in Indonesia and over 900 Indonesian students were taking UK TNE courses in 2020/21.

The trip also aimed to strengthen existing research partnerships, such as the UK-Indonesia Consortium for Interdisciplinary Sciences.

“I am delighted to finally visit Indonesia and meet our key partners, strengthening our bilateral education relationship and foster collaboration in higher education and transnational education,” Smith said. “I am also thrilled to be joined by 13 leading UK universities… I look forward to working closely with my Indonesian counterparts to support these to grow, in line with Indonesia’s ambitions to strengthen the higher education sector.”