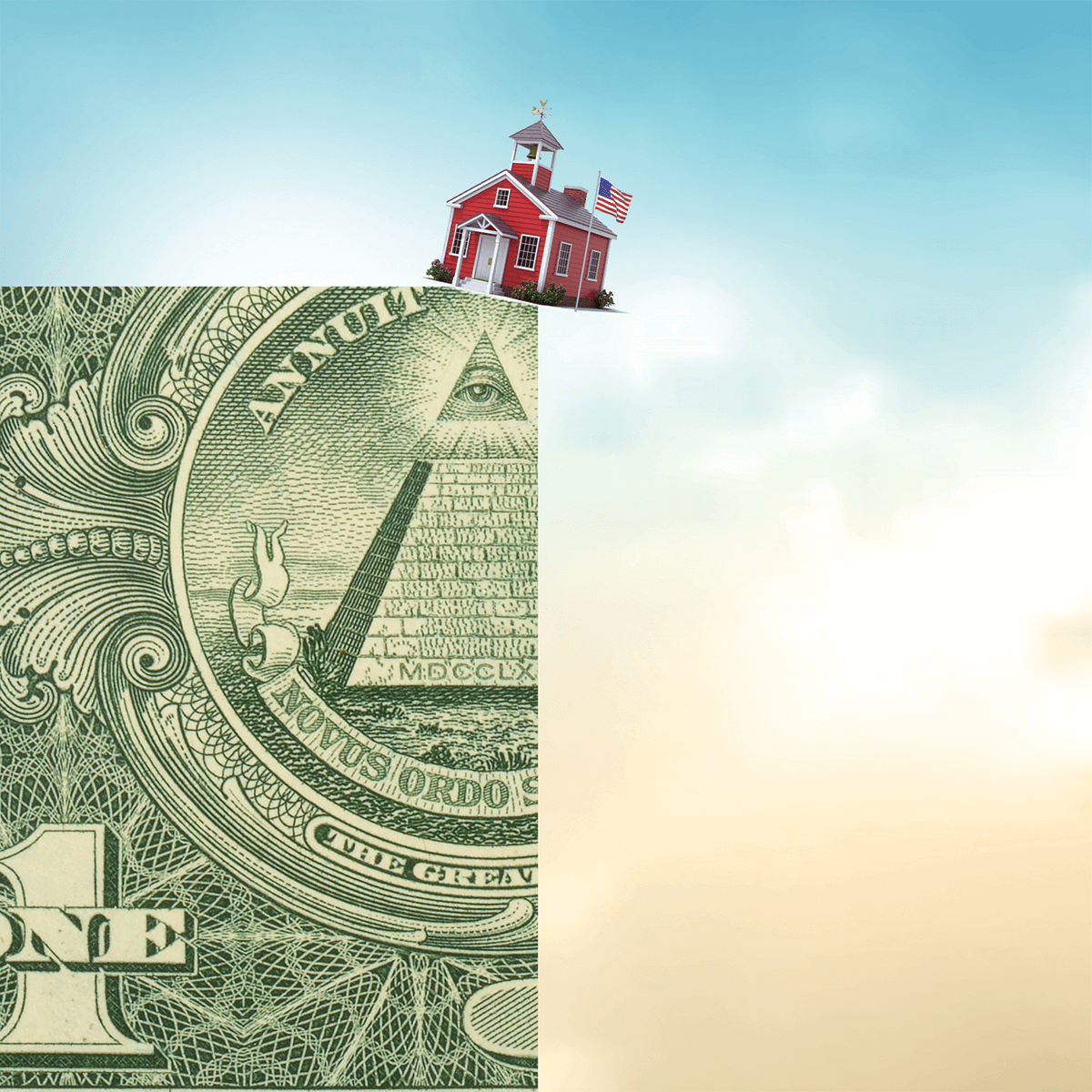 A fiscal cliff now looms before schools. Economists and CEOs expect a recession. Most federal funds from Covid-era relief bills—which are currently adding about 8 percent to districts’ annual per-pupil spending, on average—will run dry by 2024. Enrollments will likely decline in most places, given the smaller birth cohorts that are now making their way through our schools. All of that is almost surely going to add up to real drops in overall revenue for many school systems by mid-decade.

This happened before, not so long ago. During the Great Recession, Democrats in Congress and the Obama White House in 2009 enacted a relief package that pumped $100 billion into U.S. schools to hold them harmless from expected state and local budget cuts—but only over two years. When Republicans won the midterms in 2010, the writing was on the wall: a fiscal cliff was coming. Many of us warned districts to prepare, but such pleas were unheeded. School districts did what they always do when funds are low—they laid off the youngest teachers first, cut tutoring and other “extras,” and eliminated teacher coaches and the like. And as a result, according to scholars such as Kirabo Jackson, student achievement took a major hit (see “The Costs of Cutting School Spending: Lessons from the Great Recession,” research, Fall 2020).

We find ourselves here once again. The question now is whether the situation will have a happier ending this time around.

True, there are important differences. In the wake of the Great Recession, the U.S. unemployment rate soared to 10 percent, and schools could be very choosy, teacher-wise. As Martin West and his colleagues illustrated, teachers hired during such downturns have tended to be more effective (see “How the Coronavirus Crisis May Improve Teacher Quality,” research, Fall 2020). That made it all the more tragic when districts were forced by state laws and local teacher union contracts to use “last in, first out” policies when handing out pink slips.

The labor market is in a very different place today, with the unemployment rate at around 3.5 percent—the lowest rate in 50 years. Schools might be helping keep it that way. Districts are trying to hire vast numbers of teachers and staff to address the twin post-pandemic burdens of students’ learning loss and mental-health challenges—and to spend the federal largesse that they find sitting in their bank accounts. This hiring spree is encouraging some states and districts to lower their standards and onboard candidates who don’t meet basic requirements, while others are offering generous signing bonuses to help fill vacancies. So rather than getting to be more selective when choosing teachers, as was the case after the Great Recession, districts nowadays are practically begging people to take jobs.

Here’s what isn’t different: the federally funded spending spree won’t last. Combined with reductions in state revenue from a likely recession, districts are staring at the possibility of big funding drops after a short-term increase—the feared fiscal cliff.

So, how should schools prepare? Smart education economists like Marguerite Roza have urged districts to avoid putting lots of new people on the payroll (especially given the sharp drops in enrollment we expect to see in many districts, which will make higher staffing loads even less sustainable). Yet that advice is mostly being ignored, with schools going on a hiring bonanza.

Which means school districts will have no choice but to lay off a bunch of people when districts go over the fiscal cliff. That’s never easy, but it could yield some positive effects if schools are willing to differentiate between effective and ineffective teachers and other staff—and do what it takes to keep effective teachers on the job and lay off the ineffective ones before they get tenure and before budget troubles trigger “last in, first out” layoffs. That might be the biggest “if” in all of education.

Note that I’m not arguing that “last in, first out” must be eliminated. Sure, such a change would be great. But fights over quality-blind teacher layoffs have been raging for decades. This was the central issue in the unsuccessful Vergara v. State of California case, in which nine students charged that state laws prioritizing teacher seniority over job performance violated students’ rights to instruction by effective teachers. Yet the primary power of seniority to shape layoff decisions is a point on which powerful teachers unions (in California and elsewhere) are unyielding. Eighteen states still enshrine “last in, first out” in state policy, including seven where seniority is the sole factor in determining layoffs. Another 23 (plus Washington, D.C.) allow unions to bargain for it in local contracts. Only 10 disallow seniority to be a consideration. There’s been some progress at the district level in moving toward performance as the primary factor in layoff decisions, but over the past decade only two states have eliminated “last in, first out” rules. Changing all of this is somewhere between unlikely and impossible.

Thankfully, there’s another strategy that should be much more possible. For the next two or three years, districts should look carefully at the effectiveness of their new teachers and other staff and let go of their weaker ones immediately. That is allowable under every union contract in the country, though districts can’t dilly-dally, since tenure protections generally kick in after three or four years on the job.

If the school districts do wait and keep most of their new teachers on the payroll until they are forced to engage in layoffs in the mid-2020s, the practical effect will be to give ineffective teachers hired in 2021, 2022, or 2023 priority over more effective teachers hired in, say, 2024 or 2025. That will be bad for students, who will likely still be recovering from pandemic-era learning losses. And it threatens teacher-diversity efforts, given that many districts are getting better, over time, at recruiting teachers of color.

Schools can’t do much to avoid going over the fiscal cliff, but if they act now to prepare, they can make sure they keep their best teachers in the classrooms.

Michael J. Petrilli is president of the Thomas B. Fordham Institute, visiting fellow at Stanford University’s Hoover Institution, and an executive editor of Education Next.

The post Fiscal Cliff Could Force Layoffs of the Best Teachers appeared first on Education Next.