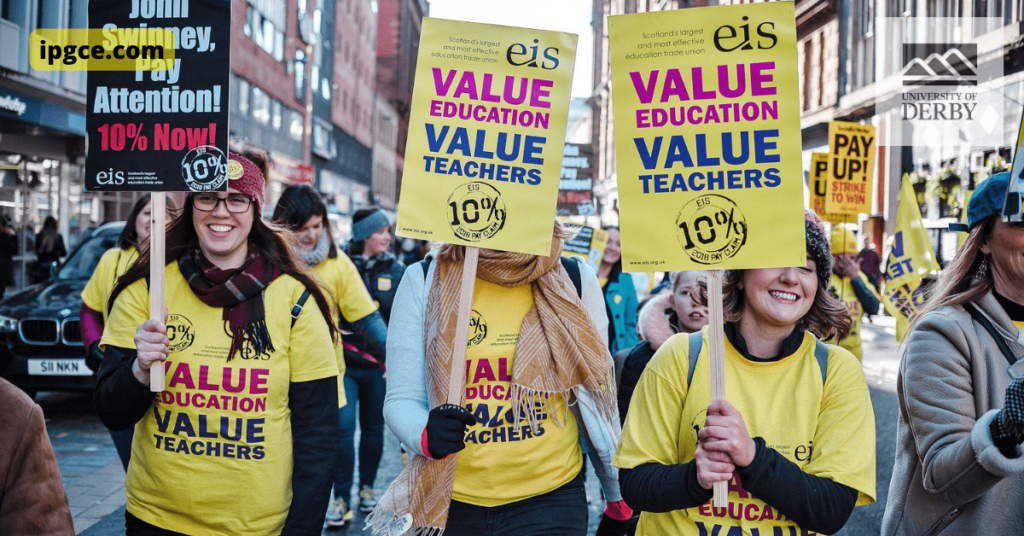 The latest pay award for teachers has put schools on the brink of a full-blown funding crisis, unions say.

Teachers’ leaders noted that last week’s 5% raise, following a year-long freeze and years of pay erosion, is more than they expected but will be insufficient to address a teacher shortage worsening.

Most teachers and school leaders saw their salaries cut by 9.4% because of inflation.

The teachers were unhappy that the plan did not include money to pay off their salary bills. The lack of new funding will force school budgets, which are already under stress, to cover these costs.

One group was unhappy with the award, which is higher than what DfE deemed affordable. They also said that it came without additional funding.

Many schools are experiencing severe teacher shortages due to a highly demanding jobs with low salaries. The Association of School and College Leaders was not happy with the government’s decision to discontinue the education grants for 16-18-year-olds. They feel this would put schools in a full-blown funding crisis, disrupt the teaching supply line, and lead to lower educational standards.

Strictly limiting the number of qualified teachers will make it difficult for students to receive a quality education.

Teachers will be receiving a pay award this year.

This year, there will be a great uptick in school funding. The extra £7bn will be allocated across three years, with an increase of £4bn this year to reach the £7bn. This was revealed at last year’s spending review and will provide funding for these pay awards.

The unions claim the salary awards represent a significant real-term wage cut that will lower people’s quality of life.

The Teachers’ Union believes the award wage is too high, considering that the Department for Education has stated that it is unaffordable in its appeal to the School Teachers’ Review Body.

“This contributes to a drop in teacher numbers, affecting most schools.”

Geoff Barton of the Association of School and College Leaders recently said that the government had created a funding crisis for schools without also destroying their supply of teachers. It is a mismanagement masterclass that can only hurt educational standards.

Paul Whiteman said that the pay award, which doesn’t even match the inflation rate, let alone provide an increase, will do little to stem the loss of experienced teachers and leaders.

‘This will worsen the lack of funding, which has increased because schools have less money.

This year’s pay rates are a reliable solution that recognises the hard work of teachers and supports them financially. It also helps schools manage their budgets.

Pensions in the private sector have been cut by 10%. In the public sector, they have been raised by 10%, but this would lead to higher levels of inflation- people’s real income will suffer.

“A funding settlement for these pay awards will come from the great school funding deal made at last year’s spending review. The funds are heavily front-loaded with £4 billion worth of money going into schools this year and a total increase of £7 billion over the next three years up to 2024-25.”

What should the government do to alleviate the crisis? Share your thoughts in the comment section below.