Rishi Sunak, the chancellor, said: “This new visa offer means that the UK can continue to attract the best and brightest from across the globe. The route means the UK will grow as a leading international hub for innovation, creativity and entrepreneurship.

“We want the businesses of tomorrow to be built here today, which is why I call on students to take advantage of this incredible opportunity to forge their careers here.”

Priti Patel, the home secretary, said: “I am proud to be launching this new and exciting route as part of our points-based immigration system, which puts ability and talent first, not where someone comes from.” The government’s points-based immigration system means people coming to the UK for work must meet specific requirements for which they will score points, with visas awarded to those with enough points.

The list of eligible universities from 2021, published online by the government, featured 20 US universities, including Harvard, Yale and MIT.

The UK government has announced a new visa policy for international students. Under the new rules, students who graduate from eligible universities can stay in the UK for two years after their studies.

Chancellor Rishi Sunak said the new visa policy would make the UK a “leading international hub for innovation, creativity and entrepreneurship.” He called on students to take advantage of the “incredible opportunity” to forge their careers in the UK.

The visa policy is part of the government’s wider plans to attract skilled workers to the UK after Brexit. Home Secretary Priti Patel said that the new visa system would make it “easier for talented people from around the world to come and work in our great country.”

There were 17 qualifying institutions, including the University of Hong Kong, the University of Melbourne and the Paris Sciences et Lettres University. Some academics have voiced their disappointment that no South Asian, Latin American or African universities have been included on the list.

The visa will cost £715 plus the immigration health surcharge, a fee which allows migrants to the UK to use the NHS. Graduates can bring their families, although they must have maintenance funds of at least £1,270. They will also have to pass a security and criminality check and be proficient in English to at least the B1 intermediate level, defined as “fluency to communicate without effort with native speakers”.

The scheme follows changes to allow international students currently studying in the UK to stay and work for up to two years. The student visa scheme, which was re-introduced two years ago, reversed a decision made in 2012 by Home Secretary Theresa May, forcing overseas students to leave four months after finishing a degree.

The new visa policy is designed to make the UK more attractive to international students and encourage top talent. 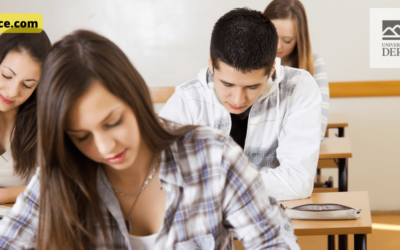 60% of UK Based International Students Get an Awesome Job